www.reenchantingtheworldthroughart.org
There has been much going down on the project lately. We are still dealing with technical issues like our license and insurance. We have also restructured our finances so that our budget is down to the essentials with all salaries taken off the table. The reason for the later is that we need help from the community and from several men’s groups in the area. People have been reluctant to volunteer if other people were getting paid on the project. So after working on this project for 1 3/4 years and getting paid a few hundred dollars I have decided after listening to the wisdom of the people to have this a 100% community service volunteer event. I share this out of valuable information producing an event and understanding the bigger picture of how best to make it all happen.

There is a mythological character named Coyote, he’s a trickster god. I like him, he’s got class, he’s not afraid to make a fool of himself, so he’s powerful because he can fool anyone. He often gets in trouble for doing things he shouldn’t and he’s an amazing teacher for this very reason. He teaches us what NOT to do by doing it! I have to laugh about the money thing. Being an artist in these times is a challenging thing for every artist I know. Remember one of the reasons I am doing this project is because there are NO art teachers in any of the elementary schools in the local school district.

I feel like I got tricked by Coyote. I thought that I was creative enough to make a job for myself, to get paid for working on this project. So I worked and worked hard making this dream come true, manifesting a vision. If I would of known that I actually was not going to get paid on this project I wouldn’t of, couldn’t of worked on it. My responsibilities as a father and family provider would of had me doing something else, but NO…. I got tricked by a trickster and now it’s happening and now we have a lot of support and this thing has legs of it own and it’s already a beautiful thing. I only wish you could see the people who are showing up and wanting to be connected to it – sweet! 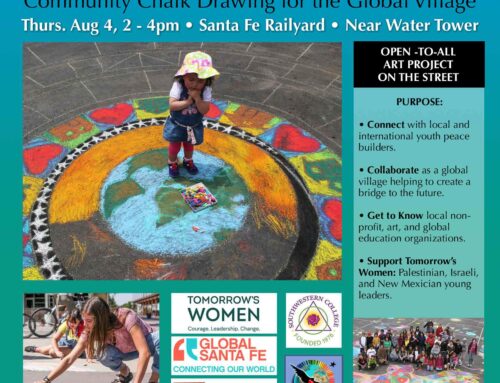 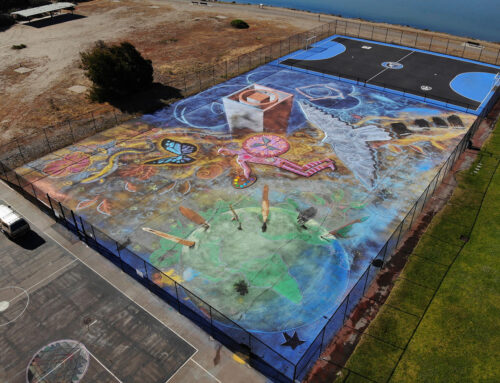