–
Last week I went back to the Franklin Elementary School where both my kids went. I’ve been involved with this small and sweet school for over 10 years. This is actually where all the chalk drawing with kids started. I was an parent art docent for a few years (there are NO art teachers in our elementary schools in the district) and created chalk drawing on the playgrounds once a year – the kids always looked forward to it.
In 2003 Google Earth launched, from outer space I zoomed all the way down to my kid’s playground and I could see the chalk drawing that we had recently made. WOW…that was really interesting and it gave me an idea how to raise more awareness for kids and the arts which I am totally committed to being a core source of the future of humanity and the Earth – creativity! This lead to setting a Guinness World Record for the largest chalk drawing in 2008 and now the nonprofit Drawing on Earth.
Last week I presented an assembly to the entire school and when I asked the older kids who helped set the world record and everyone raised their hands! That was so cool. I had the record in my hands the record and read it to them for it was theirs, they made it happen! THANK YOU!
The largest chalk pavement art measured 90,000 sq. ft. (8,361 sq. meters) and was created by 5,678 children from schools in Alameda, California, USA for the Kids’ Chalk Art Project between May 27 and June 7, 2008
Franklin Elementary School – 2010 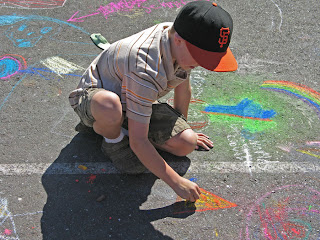 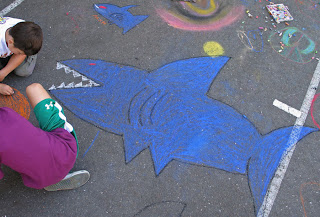 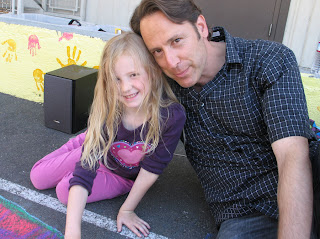 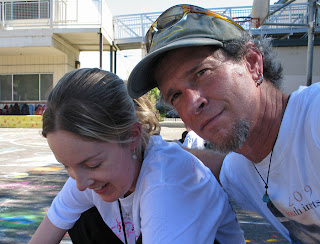 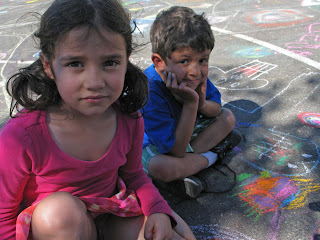 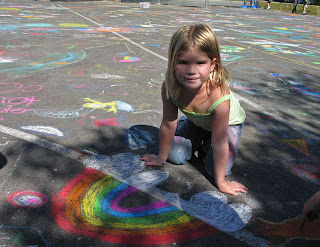 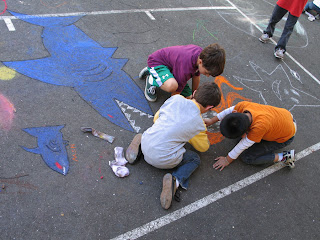 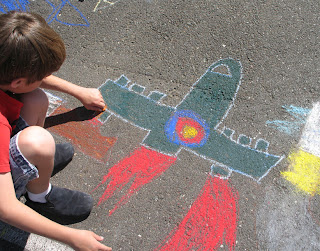 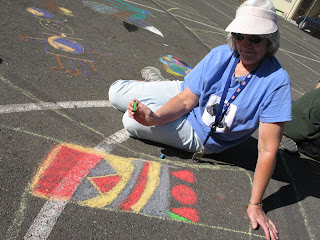 Join us on Facebook – Drawing on Earth
Buy our book, support our nonprofit and the Creative Spirit on the Planet!
SMALL TOWN ~ BIG VISION
Making of a World Record Chalk Drawing
www.blurb.com/bookstore/detail/849748
and on the web
www.drawingonearth.org
–
Mark Lewis Wagner2011-04-20T05:16:10-07:00 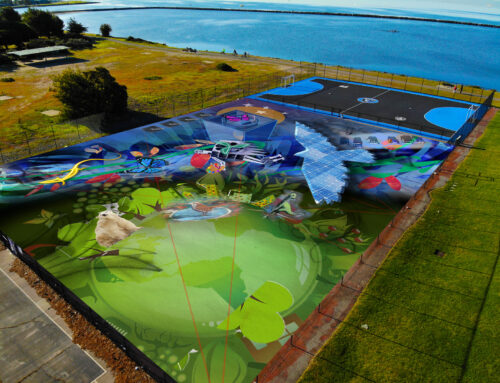 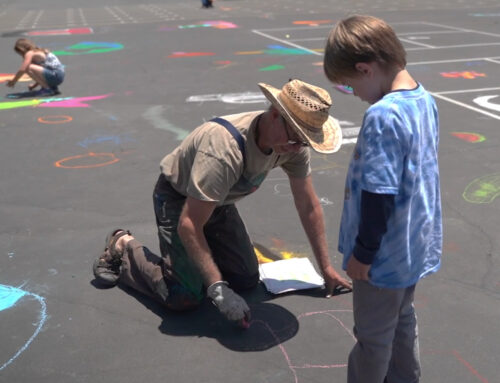